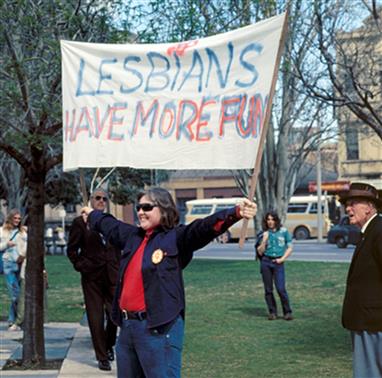 ALGA recently initiated a joint exhibition project with the State Library of South Australia, Gay Times Are Here Again, to celebrate the 40th anniversary of the 1973 Adelaide Gay Pride Week. Supported by Parkestone Association Inc and SA Gay & Lesbian Community Library and Archives, the exhibition was curated by Ian Purcell AM, Jenny Scott from SLSA and ALGA’s Nick Henderson.

The exhibition draws on the private photographic collection of one of the 1973 event organisers, Professor Jill Matthews, as well as photographs from the National Archives of Australia and documentary material from various institutions. ALGA would like to thank members and supporters who contributed to the design and photographic prints used in the exhibition, in particular Dr Marcus Bunyan, Angela Bailey and Andrew Zunica Design.

There is a Flickr show depicting the exhibition’s preparation and launch. And if you can’t get to the exhibition, you can visit the online slide show and audio reproduction of Sean Peter’s song Coming Out, first performed for The Pink Files production in 2001, part of which included a reprise of 1973 Gay Pride Week (script Ian Purcell, direction Geoff Crowhurst).